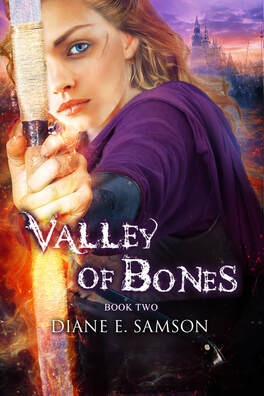 ​Princess Anna is left to rule Sunderland as regent when her father, brother and her presumed fiancé Jack ride to battle devouring creatures in Jack’s home kingdom of Oclen. She must establish herself as a strong leader with the Sunderland council and a neighboring king who brings along two handsome princes to court to negotiate an alliance.
Trouble erupts as outlining Sunderland villages are attacked by pillaging marauders and the council loses confidence in Anna’s leadership. All along Anna waits in trepidation for word from her father’s army. All she hears is silence as her scouts never return. When the reports of a coming horror reach Anna, she forges an unlikely alliance and forgoes her father’s long-standing policies against gems of power. She trains Sunderland’s remaining soldiers to fight with gems. She’ll lead them to battle to rescue her family and the one she loves.
But first she must survive the treachery brewing in her own court. 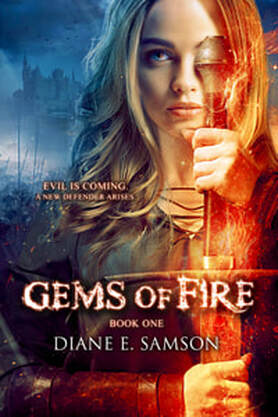 Palace of Sunderland. Paradise to the peasants. Prison to sixteen-year-old Anna, daughter of the king. She can never escape the castle’s cold walls and scorning disapproval of her father and his brute royal counsel, Seamus. She’ll always live in the shadow of her late mother the queen. Will they ever see her for who she really is?

A riding accident lands Anna in the hands of traders who sell her as a slave in distant Kasdod to none-other than her father’s enemy, Lord Anwar. After overhearing a dangerous plot to conquer Sunderland and kill the royal family, Anna must escape and warn her father, even if it means facing her greatest enemy.

​With the doom looming over her, Anna is approached by a dangerous-looking man in the dark. He claims to want to help her, but can she trust him with her secrets? The perils of the journey ahead will push Anna to the limit and answer the one question that has always plagued her. Will she ever be enough?